Today, 5 years ago we launched No Safe Harbor, our first book. While we intended for a second to follow, for many reasons that didn't happen.... yet.

However, don't assume that means it won't happen at all. The second edition is almost finished, and the second book is coming along now that myself and Brad Hall have mostly worked through the many other things that were occupying our time.

Meanwhile, we still have a soft spot in our hearts for the first edition of No Safe Harbor (and mine is even autographed by some of the authors).

So here's to you, the readers, who have proven there's No Safe Harbor for the enemies of liberty. 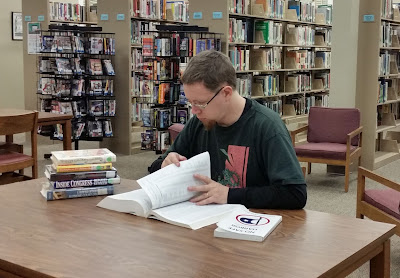 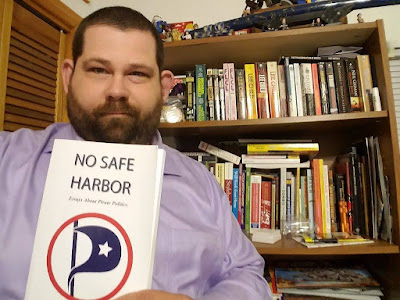 I realise it's been a while since there's been an update here. A combination of personal issues, new jobs, and increased activism on our topics, has meant that myself and Bradley have been unable to work on this project as much as we'd like to.

In fact, hardly at all.

Today marks one year since the release of No Safe Harbor.

In that time, there’s been tens of thousands of downloads, both from the direct links on the top left of this site, and via the torrents available around the net (from the pirate bay, to the Canadian Pirate Party).

There have also been significant physical sales, greater than I expected, and probably greater than Brad expected too. These sales have been worldwide, from the UK to the opposite side of the world, in Australia. And we thank you.

We’re also thankful that so many of you are asking about No Safe Harbor 2, and who are eagerly looking forward to it. We are as well.

I know that, initially, our plans were for it to be out December 1, 2012. Unfortunately, plans change. Both myself and Bradley have had other commitments that literally could not be put on hold while we worked on the book. Some were personal, but some also included actively working on the very issues and topics these books cover. When we have a chance to act, we hope you can forgive us for acting, and saving the telling for another day.

We are still working on No Safe Harbor 2. I’ve spent the last week preparing the backend stuff. Brad has been working on the texts. We hope that the book will at the very least be at the eARC stage within the next month.

I hope you'll support that as strongly as you have No Safe Harbor.

Remember folks, the deadline for submissions to No Safe Harbor 2 is this Saturday. Any length from 500 words up (or indeed artwork or other book-suitable material) is welcomed. As long as it relates to one of the three Pirate Planks:

No Safe Harbor 2 - One Month and Counting

Only one month to go for submissions to No Safe Harbor 2.

If you’ve got a piece that you want to submit, tell us about it now, so we know to expect you!

The deadline for submissions for No Safe Harbor 2 (NSH2) is starting to get closer. 7 1/2 weeks is all that's left until the September 1 deadline. For those still wondering about what is needed, and what's suitable, here's a quick rundown.

We are happy to announce the opening of submissions for No Safe Harbor 2, currently set for release December 1, 2012. Just like the last book, we are going to have the following three sections in the book:

The deadline for submissions is set for September 1, 2012.

Please send submissions and other ideas to brad.hall@pirate-party.us. Oh, and just like the last book, we would like to have some comics in it as well.

We already have a few essays being worked on. Those are:

An essay on education in Florida
An essay about mashups and remixes
A piece on using TOR, haystacking, and other anonymizers online

We're planning for this book to be written by Pirates for Pirates, so if you consider yourself a Pirate (anywhere in the world), please contact us about getting in this book. Just like the last book, we plan on having it available in several digital formats and in paperback form.

Thank you, and rock on.